Nursing American Back to Freedom 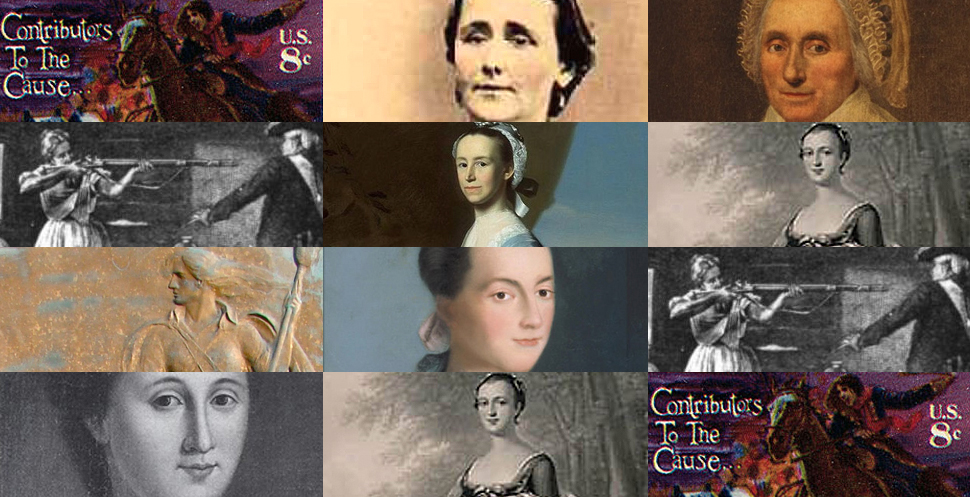 Today’s America is grossly immature—a slave to the dictates of agencies foreign to our American way of life of self-government. America is unable to solve a national problem with honor as an example of national maturity and national security in the neighborhood of nations.

It is not news. America is ill unto death of the true American Dream—self-governance.

America is not healthy and free as she was on July 4, 1776. On that day the infant nation was free enough, mature enough to throw off the yoke of antichristian bondage by declaring an independent American government.

By 1783  the fledging six-year-old nation, without diminishing individual liberties of its people, protected families by defeating the the most formidable military power in the world—the centuries-old British Empire!

How was that possible?

As much as every righteous action depended on men governing and leading, mothers were a vital instrument to conceiving, carrying, birthing, and nursing individual Americans as a free people—a free nation.

It’s one thing that America’s founding fathers have but precious little remembrance in the average household. But what of the patriotic mothers responsible for nursing the infant republic?

Mothers as keepers of the home for their husbands, have a delightful duty to cultivate the conduct and quality of character in the nation. That is to say, America was born out of the distinctly American Christian self-governing home, not the pagan views of God, man, and government prevalent in America today.

The character training of children is, above all other aspects of home life, THE number one priority of mothers where well-ordered liberty and freedom burn in the bosom of motherly nurturing.

“The colonial homes, with their concern for the character of the young, are a very important factor in the beginning of America.”

The deep deprivation of character-training in the average home in America is the cause of materialism, oppression, and tyranny—a faith without virtue, that’s the definition of corruption. Individuals raised in such homes are Americans by the letter of being born in the USA. However, the spirit of American citizenship is being self-governed in the USA. The mothers of America’s founding era possessed the sacred fire of liberty and fanned that flame in their children.

Mothers, to regain a holy vision of what is an American, you must seek out historical evidence of the 18th and 19th centuries that documents the virtuous character of mothers such as Martha Washington, Mercy Otis Warren, Abigail Adams, Lydia Darrah, Jane Thomas, and many other women behind the Declaration of Independence.

These mothers, responsible for cultivating the character of a free people—free nation, despised tyranny and oppression. These were mothers with ardent zeal. Mothers with a spirit of patriotism. Mothers who obeyed Christ’s command to love one’s neighbor, one’s countrymen. Mothers with dignity and discretion.

Contrast that with a vast deficit in mothers who squander time and energy in verbal fights with their husbands and other heads of households. Such are mothers without dignity and have no regard for what is true, right, and just. Have you experienced such degradation of virtuous character? I have—it is unsightly. It makes the work of patriotic men exceedingly difficult.

On this Mother’s Day 2020, America is experiencing the pandemic of COVID-19. To slow down and overcome this virus, in early March the federal and state governments issued stay-at-home orders. Such an edict from civil servants is evidence that America is not free. A free people—free nation is where the people are their own rulers. It was a first in the history of nation-making at the birth of America in 1776.

Liberty and freedom always have enemies—the few dictating for the many what shall and shall not be done. The decrees of state agencies dominating families deny the laws of nature unwritten in creation and the laws of Nature’s God written in the revelation of Holy Scripture. This is an enemy to America’s principle-based founding government of self-government—to be independently dependent upon God through the Son, the Perfect Law of Liberty.

Americans are in the current mess of God’s judgment because of generations of mothers who have denied their duty to train their children in virtue, though they profess faith. These are mothers pursuing interests outside the home to the detriment of household peace and order. God will not be mocked; whoever sows to selfishness will reap corruption. This is an undeniable law; it cannot be broken without consequence.

“All government originates in families, and if neglected there, it will hardly exist in society…The foundation of all free governments and of all social order must be laid in families and in the disciple of youth…”

The correction of this national wrong is not a political party solution, but it is governmental. Vote for your family first. America needs mothers who regard home life as a glorious place of freedom training—that’s about character and conscience.

Mothers, I am making a demand upon your character by appealing to your conscience. The rebirth and nursing of America back to relational, economic, spiritual, and civil health will require a sacrifice today of the self-life.  Ascend the mountain of Christian character to serve your children with what they need, not what they want. They need liberty and freedom to exercise their God-delegated, unique individuality; show them you know the Author of Liberty by training them out of selfishness.

Don’t unduly concern yourself with social distancing and stay-at-home orders. The problem is not location, but occupation. What are you found doing no matter where you are?

Dependency upon others is not the character of Christ. Being independently dependent upon the Heavenly Father for those things His Son commands is the government of Jesus Christ indwelling you by His Spirit of liberty.

Need help getting started or enhancing your current training regimen? I have developed a MAJOR strategy to move parents forward.

My wife and I have been training our children in America’s freedom of Christian self-government for nineteen years. As a result, our home experiences well-ordered liberty over enemies to our family government—that’s the true American Dream!

All that experience and a tool are being published in my forthcoming books, What is an American? and Raising Americans. Get on the waitlist here.